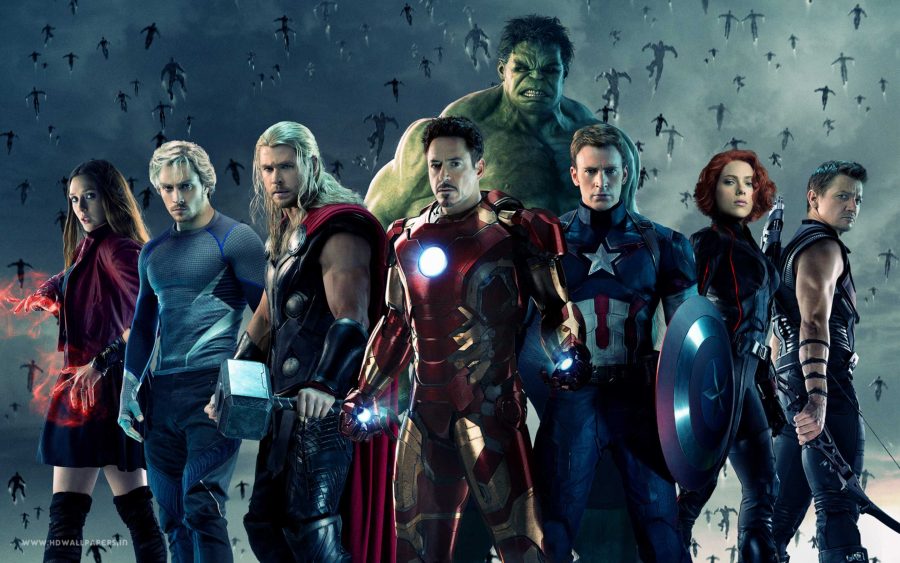 This coming month, Marvel Comics will be releasing “Avengers: Age of Ultron” on May 1. Midnight release is not confirmed, but expected for midnight premiere.

If you have seen the first “Avengers,” we last left our heroes with ruins of the big battle of New York City when Loki released the Chituari from a portal into another dimension. Our heroes, Thor, Captain America, Iron Man, The Hulk, Black Widow, and Hawkeye, all being lead by Leader of SHIELD Nick Fury, closed the portal, stopping Loki of his plans for world domination.

In this epic sequal, a new enemy is presented to the team as a threat for all of humanity, named Ultron. Ultron was created by Tony Stark (Iron Man). There has been no reason why he was created yet, so hopefully the film will expand upon that. Ultron has the ability to keep growing strength and have evil robots follow his command. As stated in the U.K. trailer for “Age of Ultron,” Tony Stark quotes “It’s the end, the end of the path I started us on.” It is safe to assume that there will be a point in the movie when the team is overwhelmed against all odds and are about to quit. Hopefully it does not come to that. In the trailer when the heroes are trying to pick up Thor’s hammer, Steve Rogers (Captain America) is able to move it a little bit, but no prevail. Maybe in the movie, Cap is lucky enough to pick it up to defeat Ultron? Can this villain be stopped?

Some things are left out and of questioning: What happened to SHIELD after “Captain America: Winter Soldier?” SHIELD turned out to be evil and caused some of the wars during history, so hopefully SHIELD will not be appearing as another antagonist in this movie. Any new members? In the ending of “Captain America: Winter Soldier” and the trailer, there are 2 new super-powered humans brought to the table, Scarlet and Quicksilver. Not much are known to these two, but hopefully the movie will give us some insight on their past and how good they are at kicking butt. Also, there is a chance that Rhodey (Iron Patriot/War Machine) will join us, last time he is seen is “Iron Man 3.”

If you are a big fan of Marvel Movies, do not miss this Movie! This movie premieres May 1st!