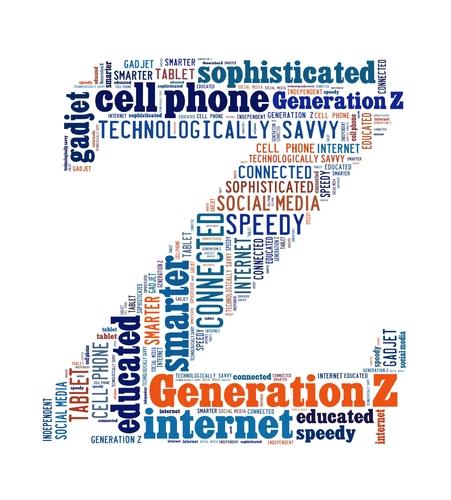 Pella High School students are part of Generation Z, which is the generation named for all people born from approximately 1995-2010. Each generation is grouped together and deemed to fit a stereotype and possess similar characteristics. But what exactly should this mean to us?

As before mentioned, each generation has stereotypes and characteristics associated with them. Since many of our fellow members of Generation Z are still yet to enter elementary school, it is hard for demographers and trend forecasters to see what our views, way of living, and habits will be. Despite this, the experts have been able to look at the older members of Generation Z  in order to come to some conclusions about our generation.

One of the first things demographers have found about Generation Z is that we are very in tune with technology since it is a large part of society. We all use some form of it everyday. This could be the use of a cell phone or the 1:1 laptops. As a result, Generation Z has become very technologically advanced and are able to learn how to use new technology quickly. This can be very useful when it comes to the career field. Sophomore Rebecca Bonham said that her prior knowledge of technology has helped her during her after-school job.

“I would say when it comes to learning about technology at the cash register for my job, it is a lot easier to pick that up compared to older coworkers. I think this is because of our generation’s understanding of technology,” said Bonham.

The next thing that Generation Z has in common is our use of social media. Millennials paved the path with social media. They had Myspace and Facebook, but since then, social media has evolved to platforms such as Twitter and Snapchat. While many teenagers still use Facebook, research has shown that millions of marketing dollars has been moved from Facebook to more popular apps. Use of this kind of social media is widespread throughout Pella High School.

“Social Media is important because I use it to communicate a lot but for me it is not life or death,” said Sophomore Cheyanna Sheaffer.

Research has also shown that our generation is more careful with our money than millennials were before us. A study by Lincoln Financial Group showed that teens from 15 years old to 19 years old are starting to save earlier. In fact, 60% of them have started saving accounts and 71% reported that they are saving for their future. Many Pella High students have also begun saving in preparation for their futures.

“You have got to be prepared. Right now I have a saving account to save for college, my car of choice, myself, and my overall future,” said junior Pauline Lopez.

In conclusion, there is still a lot of unknowns as to what Generation Z will do in the future. As we get older, demographers will be able to best figure out who we are and our characteristics as a generation.