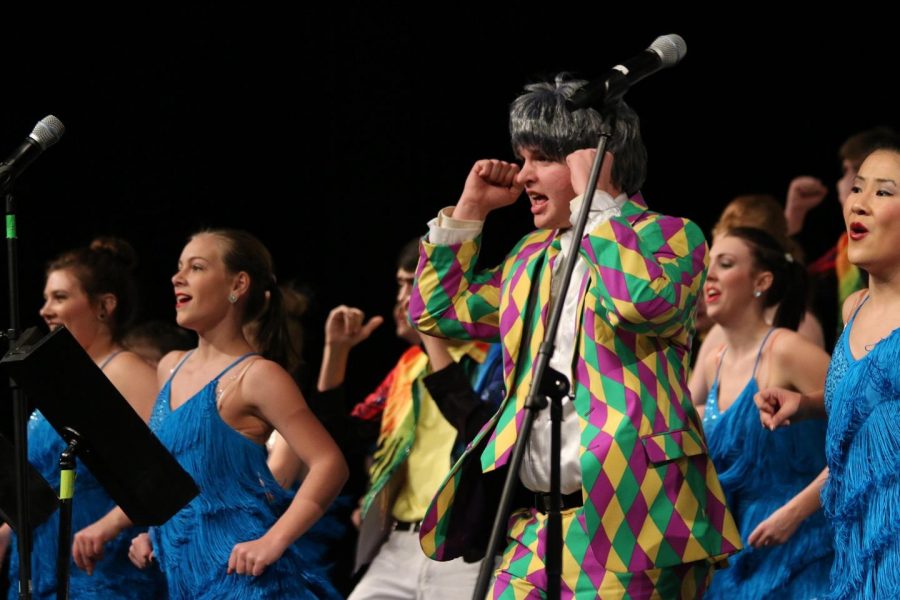 As with every year of show choir, both Acapella and Bravo have separate themes to go along with their performances. For Acapella, the show is loosely based off the board game, “Clue.” Much of the costumes, backdrops, and music were tailored around this concept. For instance, different groups of people are dressed up in similar color schemes and style to the characters from the board game such as Mrs. Peacock, Colonel Mustard, Professor Plum, and so on. The show even features a murder in reference to the board game. Senior Tate Petty plays Mr. Body, the victim of the murder, and the entire show focuses on how he died and who killed him. However, certain restrictions were made in order to avoid copyright infringement, so they were not allowed to use the title of the board game in the show.

Newton Yee, a member of Acapella, commented on the theme, “At first, I wasn’t too big of a fan of a board game being our theme, but as our show progressed, it started to shape into a very interesting and fun show that I really enjoyed.”

Bravo’s show, on the other hand, is based on the idea that life is a show. This show took a movie theatre approach to their theme. All the performers are dressed up as ushers, and, for the backdrop, they have a movie theatre sign.

Mason Diaz Bandera, a member of Bravo, said, “I think this theme is very true in the way you should live your life because we have all watched movies before and none of them are exactly the same. Each of them has their own unique thing that makes them memorable.”

The choir department also hosted Dutch Masters this year from Feb. 15 to Feb. 18.

“Dutch Masters is very fun and memorable, and as usual, we can see other school’s shows and meet new people!” said Yee.