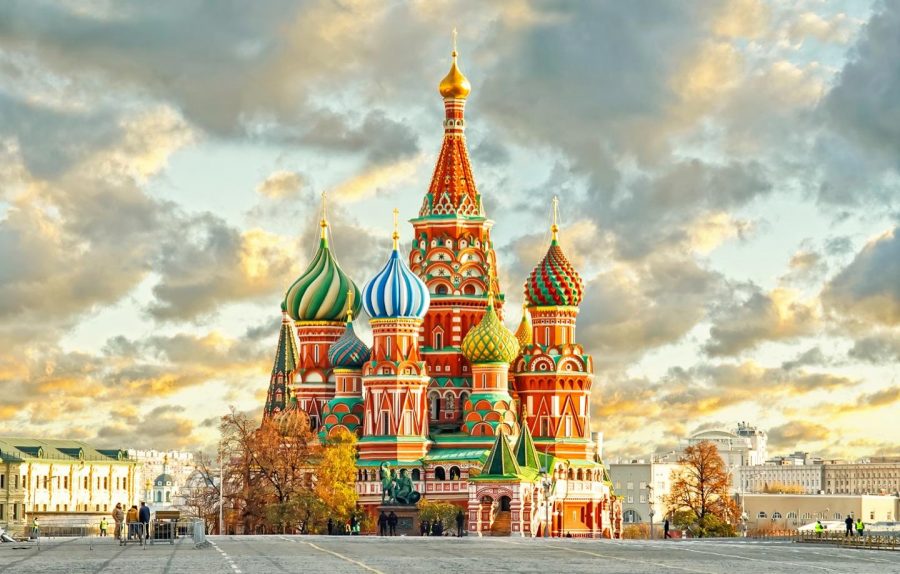 Senior Bellara Huang has been learning Russian during her time in high school. She took classes at Bryn Mawr college during the summers after her freshman and sophomore years. The summer of her junior year, Huang took advanced Russian at Columbia University.

Since Huang had already taken six semesters of Russian, she thought that the next thing she should do is actually go to Russia. This summer Huang will travel to St. Petersburg, Russia. While there, she will be taking Russian grammar and conversation classes from 9 a.m. to 3 p.m. The grades Huang receives in her classes at Herzen State Pedagogical University of Russia will appear on her Swarthmore transcript. She will be starting at Swarthmore this Fall. Huang hopes that the classes she takes this summer will help her get a Russian language degree from Swarthmore.

When not in class, Huang plans to explore St. Petersburg, the city where she will be staying, and do a lot of sightseeing. She looks forward to visiting all the art museums, especially the Hermitage. Along with the art museums, Huang is excited to see all the historic architecture and cathedrals.

“I am most excited to be in a Russian speaking environment filled with a culture I have only read about. I am looking forward to walking on Nevksy Prospekt as the sun sets, spending time learning about Russian art, architecture, and history, trying Russian dishes, and most of all, learning more about the Russian language and culture,” said Huang.

Bellara began planning her trip to Russia by looking at study abroad programs. She did not want to study abroad during the semester and decided that the summer after graduation would be a good time to study abroad. While studying Russian, Bellara heard of an educational association called American Councils of International Education. This is the program that she will be studying through. Unless she finds a host family that’s a good match, Huang will live in the university’s dorms. Huang has been planning this trip since December.

“I had to write two essays, one in English and one in Russian, about why I started studying Russian and why I am choosing to apply for a study abroad program in this part of my education. I wrote my essays about starting Russian due to music along with my interest blossoming to all aspects of Russian culture,” elaborated Huang.

To qualify for this program, a student must have taken two semesters of college Russian and be graduating in 2017. The plane tickets there and back are $1700. The tuition and lunch expense is $8700. Huang and her parents are going to split the plane and tuition expenses.

“Regardless of the cost, I am extremely looking forward to this once-in-a-lifetime opportunity. I enjoy exploring cities, as I spent my summer in New York last year, and I wanted to explore a European city while practicing my Russian. Travel to Russia may be limited in the future due to political relations, so I am taking the chance while I can!” Huang said.