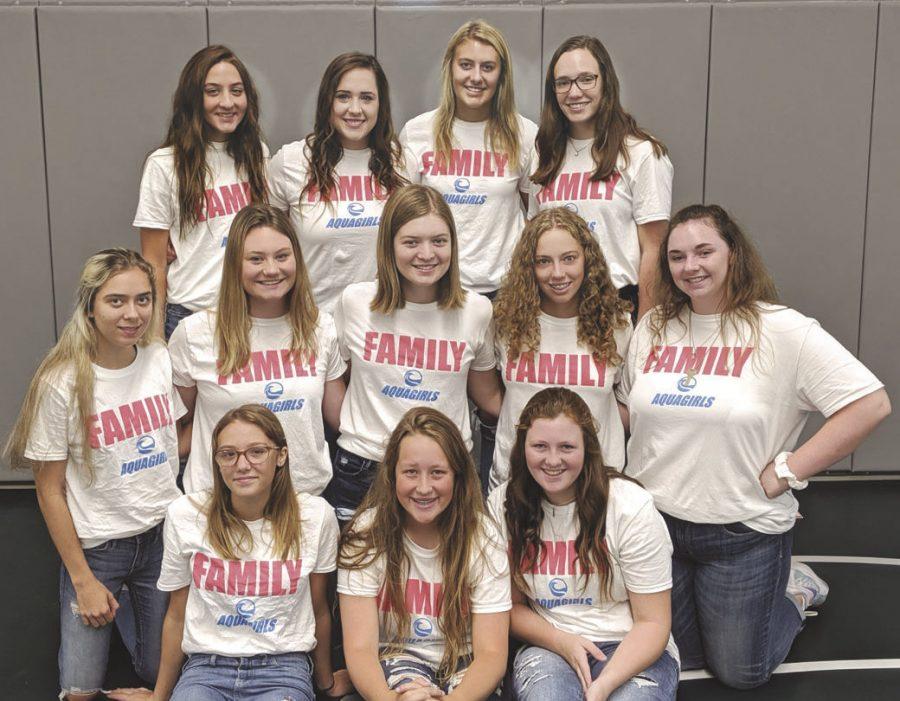 As this school year has begun, so have this year’s fall sports, including the girl’s high school swim team. The NCMP Aquagirls come from several towns in the area to swim at Newton as one team. Twelve members come from Pella, driving up each weekday after school and several Saturdays for swim practices. In addition, the girls have morning practices on Mondays and Thursdays in Pella, and two dryland sessions each week, which focus more on running and aerobic training.

For the weekday afternoon practices, the girls leave at the beginning of eighth period and ride in school-provided suburbans driven by parent volunteers. In order for this to work, however, each girl must have an eighth hour study hall or free period scheduled for the first semester.

“It’s a necessary evil at this point,” said senior captain Allison Paulius. “It’s a big hassle to have to get out of school a period early to be able to get to practice on time, and give at least an hour more of our time than our other teammates each day. But, I would do all four seasons again if I could, despite the drive.”

Paulius has many fond memories of different team events and bonding experiences from her years on the team. The girls have gone to obstacle courses, taken self-defense courses, and camped out together for a night in the summer pre-season. One yearly tradition is to put on temporary tattoos before the conference meet at the end of the season.

“At first, it was just sort of a gag to have fun and unite as a team at half of the team’s final meet, but now we’ve realized that other teams are scared of us when we have colorful sleeves, and they think they’re real,” said Paulius.

Swim practices also involve a lot of work and commitment from the girls. The average practice length varies between 3000 meters (~33 football fields) and 4000 meters (~44 football fields), depending on the day. That ends up being about the same amount of effort required to run eight miles. Freshman Maylei Ruggles enjoys the bonding experienced by the team when a practice becomes more difficult.

The Aquagirls will be participating in many meets throughout their season, which will come to a close at the end of October. Ruggles sends out this message to the rest of her team: “Go Aquagirls! It’s going to be a good season!”