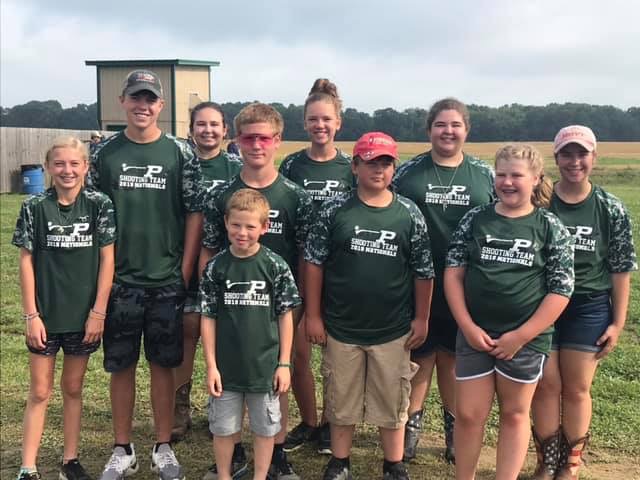 “The environment was really chill…everything was so spread out; it felt like we could do our own things and be ourselves, not all serious like I thought I would have to be,” said Starmer.

This was Elizabeth Eisenbarth’s second time going to nationals.  She felt that the competition was more difficult than last year.

“The sporting clays course was harder from last. But I improved from last year,” said Elizabeth Eisenbarth.

Alec VanderNord, who is a freshman this year, has gone to nations for the last 4 years. His uncle is Head Coach Mike VanderNord who started the club. He enjoyed other aspects of going to Nationals.

“I had lots of fun and there are lots of fun things to do other than shoot,” said VanderNord. “There were go-karts and there were pools and just fun stuff like that.”