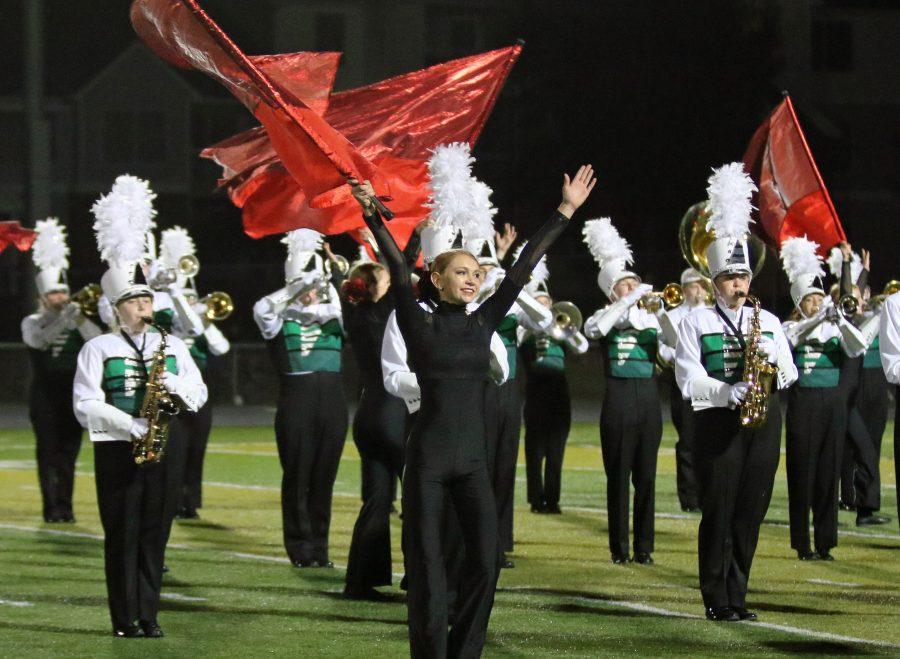 Every year in western Des Moines the Pella Marching Dutch is invited to compete in the Valleyfest Showdown. This is only one of typically four competitions they participate in and is the biggest one, both in importance and in size. This year’s show, The Art of Tango, was awarded best drumline and second place in class B.

Band competitions can be stressful with the large amounts of people watching for just the bands. At a football game, mistakes are meant to be made and most of the crowd is only there for the game. The audience is part of the importance of Valley. The bleachers are nearly twice the size, and because Pella performs so close to awards, they are packed full.

Senior Annaleigh Babcock said, “It just feels like a giant, giant stage, and we always talk about popping your horns up to the box which means something different at Valley because the press box is just so much higher.”

Not only is Valley a huge, adrenaline inducing competition, according to Babcock, it’s also just a great experience for members of the band and those who come to watch.

“It’s probably the biggest collection of the best marching bands in the state,” said Babcock. “They all come and compete, and it’s super fun to go to and compete against other schools that are on your same level or much better than you.”

“During the actual performance, I felt really good and our band did an amazing job,” said Bates. “It was an amazing chance to spend time with friends and really show all of the work that we had done as a band.”