With the new school year already here, us students need a break. Most businesses have been open for a while now.  Finally movie theaters are also reopening to show new releases.

Ever since COVID-19 hit the U.S. by mid-March, the whole country has been quarantined or wearing masks to prevent the spread of the virus. Over time, theaters have reopened but most new releases aren’t hitting theaters until 2021. For example, Black Widow was supposed to be released in May but was moved to November. Disney’s new live-action movie, Mulan, was supposed to be released in March, but due to the pandemic, it is available for live-stream 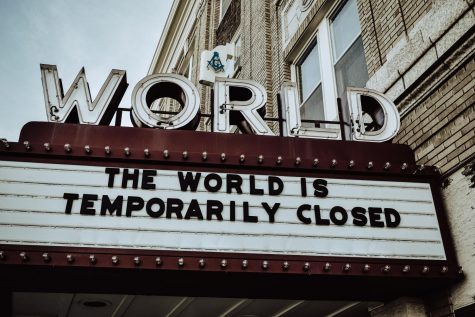 The first movies coming out in official theaters are: The New Mutants and Bill and Ted Face the Music. The New Mutants takes place in the Marvel universe where teenagers with superpowers are trapped in a secret facility. The doctor who runs it is not what she seems, while the teenagers struggle to control their powers and face their past demons.

Many may not know this, but The New Mutants has had major bad luck since the beginning. Josh Borne, the director of The Fault in Our Stars, is also the director of The New Mutants. After filming The Fault in Our Stars, Boone wanted to make The New Mutants because of their dark backstories and wanted to make it different from the original X-Men movies by creating a horror side to the story. The filming started in 2017 with the hope of an April release in 2018. However, with It (2017) coming out, they tested to show only the scary elements of the film to audiences and found that the frightening parts are what interests viewers the most. This caused the movie to be delayed for a year and to be released in early 2019 due to re-shoots. With many re-shots and more time before the release of the movie, it allowed for the movie to make the film more frightening.

However, the film faced another problem with not having enough time to finish all of the re-shoots and special effects to be released in early 2019. Then August 2019 was the release date for another X Men movie around the time the studio wanted to release The New Mutants. With the re-shoots required for the film to be longer than expected, the studio wanted half of the movie to be re-shot.  When everything was finished for the film,  Fox Studios was bought by Disney. Now that Disney owns Fox Studios, Disney now had the ability to cancel or delay the release of the film again. With the planned re-shoots that still haven’t happened yet, now to be done. The release date was delayed again to help fit into Disney’s schedule to be released April 2020.

Due to the corona-virus coming to America at the start of the new decade, companies and movie theaters were shut down, delaying movies to later in the year or in 2021.

As theaters are opening back up, new movies are coming out to relieve the boredom for some and to give much needed breaks for us students.