We have lost the art of compromise 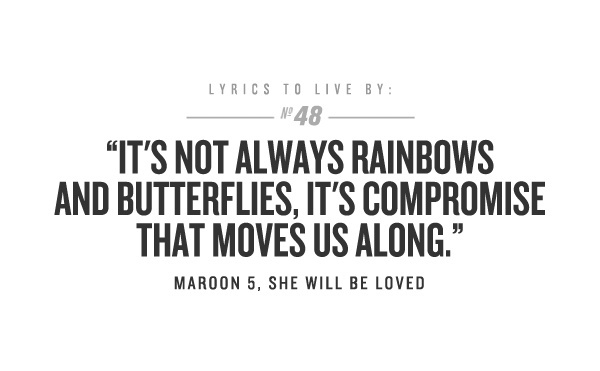 Our nation is more divided than it ever has been, and one of the main reasons is that many are unwilling to compromise. Compromise is needed for the greater good of a society.

There are many reforms that citizens and leaders want in our country, but new policies will never get off the ground because people are unwilling to compromise. You can really see the unwillingness for compromise in today’s politics. When campaigning, many politicians have a set uncompromising mindset. They believe when they stand their ground and refuse to compromise, they are protecting their “principles.”

This is an excerpt from a CBS 60 Minutes interview with Representative John Boehner, who was then about to become Speaker of the House following the Republican success in the 2010 congressional elections. Lesley Stahl is a journalist for 60 minutes.

JOHN BOEHNER: It means working together.

STAHL: And you’re saying, “I want common ground, but I’m not going to compromise.” I don’t understand that. I really don’t.

BOEHNER: When you say the word “compromise”. . . a lot of Americans look up and go, “Uh-oh, they’re going to sell me out.”

STAHL: . . . you did compromise [to get all the Bush tax cuts made permanent]?

STAHL: Why won’t you say–you’re afraid of the word.

BOEHNER: I reject the word.

However, Boehner is not the only one who sees compromise as a weakness.  For example, in 2013 and 2015  government shutdowns were narrowly avoided over funding for Planned Parenthood (2013) and Healthcare (2015).  According to six polls in 2013 and three polls in 2015 the side that eventually gave in is the side who was  blamed in the public’s eye. In both cases Republicans agreed to the funding at the last minute.  In this case compromise was not rewarded in the realm of public opinion.

Our nation is currently more divided than it has ever been and our total unwillingness to compromise is a major factor in that division.