After a loss against Washington, Pella does not advance to playoffs 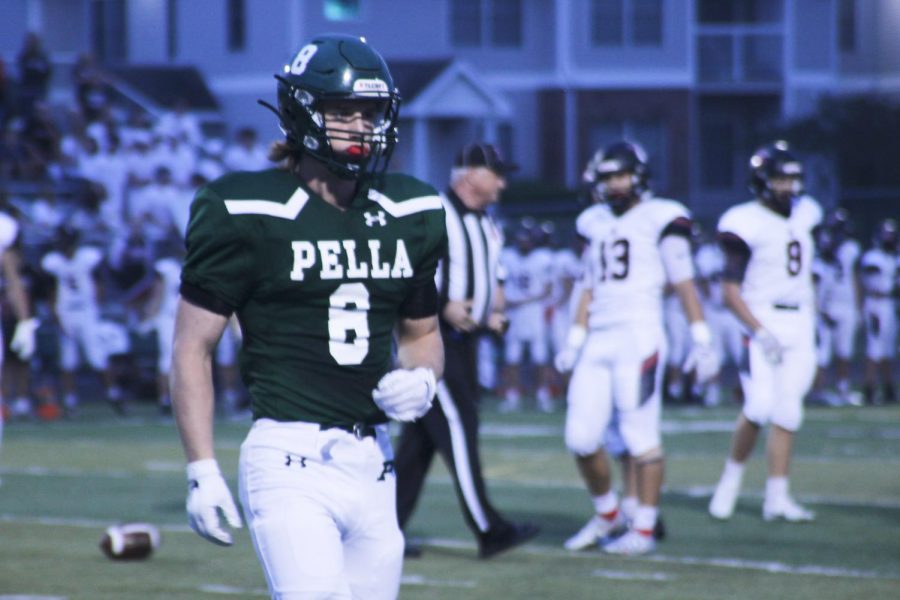 Senior Nolan Clayberg plays in the first home game against North Polk. The Dutch won 21 to 8.

After a gut wrenching loss against the Washington Warriors, Pella was eliminated from the playoffs for the first time since 2006. After tying for second in the division with the Warriors and Clear-Creek Amana, Pella was dropped into an at-large pool and didn’t make the playoffs.

But it wasn’t like the Dutch didn’t put up a fight during their last game against Washington. After going down 0-14 early in the first half, senior Nolan Clayberg broke free for a 57 yard touchdown run with around three minutes left in the second quarter. At the end of the first half, the Dutch were down 7-17.

You could tell the Dutch made good adjustments at half time.  They went out on their first drive of the second half and scored a touchdown after a couple of good runs from senior Aidan Pollock. The Warriors quickly responded with a touchdown of their own, but they missed the extra point. After a big first down at mid-field, Nolan Clayberg had another big 40 yard run that gave Pella the opportunity to win if the defense could make a stop. The Dutch defense ended up making the stop and getting the ball for their offense with 51 seconds left. On the second play of the potential game winning drive, senior Blake Meyer threw an interception, sealing the win for the Warriors.