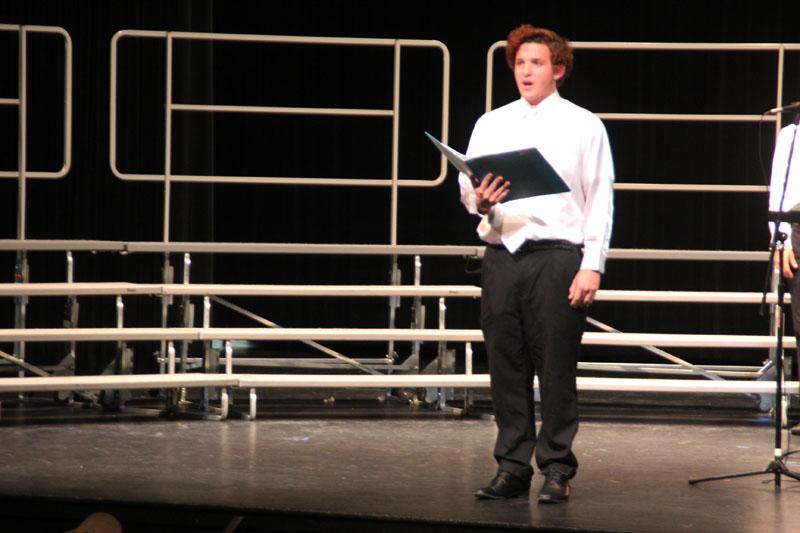 Chorus members prepared themselves for the audition the week before school started at an all-state vocal camp at Wartburg College. The camp lasted three days and included many hours of practice. When school rolled around, chorus members met as a large group every week to practice.

“I practiced a lot on my own time at home, working through pitches, adding dynamics, and marking breathing in my music,” said VanWyngarden. “Whatever you put into All-State is what you will get out of it.”

Audition members were judged by choir directors from around the state. The first round began with chorus members singing in a quartet with one judge listening. If one were to be recalled in the second round, they would sing in front of five to six judges. Judging included correct pitches, creativity added towards the music, and being the very best musician possible. Auditioning lasted around seven minutes.

Bradley described his feeling once announced as being a part of the All-State choir.

“I love the feeling knowing that I am part of something not very many people get to be a part of. It is a big deal to me as well as my family. According to my dad, when I called my mom, she was screaming and running around the house,” said Bradley.