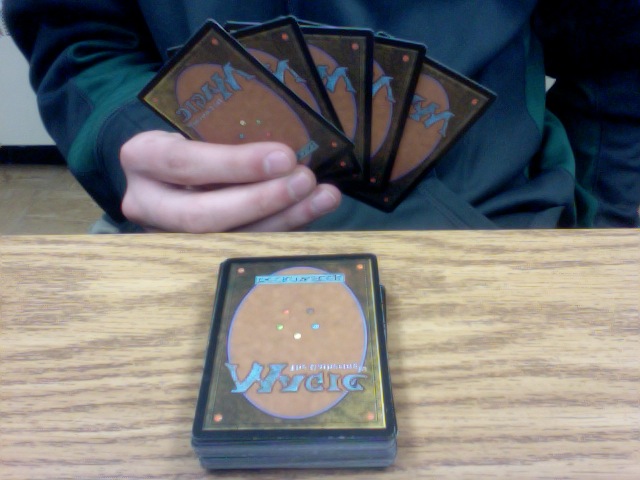 Get ready for some Magic!

A hobby that has sparked some students recently is a hobby which takes skills, ideas and a deep wallet. Prepare to make some magic in “Magic: The Gathering!”

“Magic: The Gathering” is a game made from the card company “Wizards of the Coast,” who also created “Dungeons and Dragons,” a roleplaying multiplayer game. “Magic: The Gathering” relies on using cards filled with spells and creatures to defeat the opponent. Packs of cards can be bought at retailer stores to fill up your deck.

Cards are organized from a few factors. The first one is color, as there are five colors in “Magic.” The colors are red, blue, green, yellow and black. Another factor is type of card. Most cards in a standard deck are creatures, but there are also cards that can be played and effective instantly, named “instants” for short. “Sorcery” cards are the same as instants, but “instants” can be summoned instantly, faster than “sorcery.”

Want to try a new hobby of collecting, battling, and have a deep wallet? Try some “Magic” today!