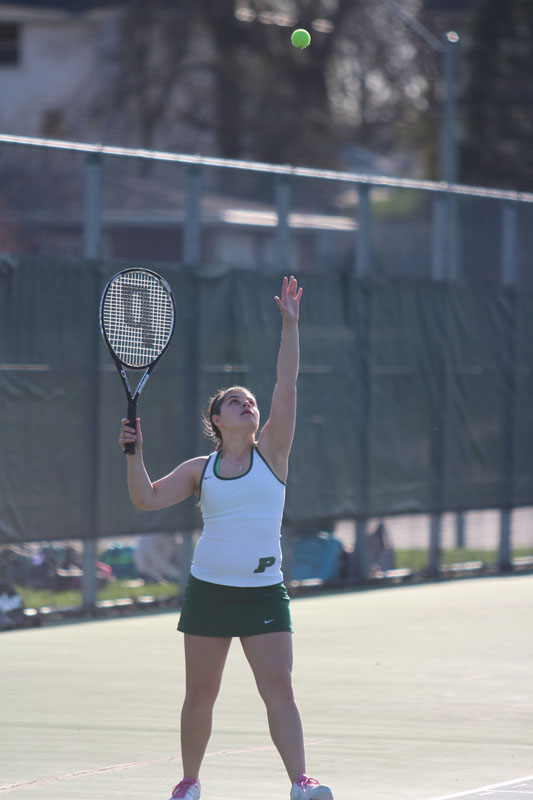 This Week in sports for the week of April 21.

The girls tennis team finished 4th in the Indianola tournament last Friday against 4A schools. Sami Wassenaar and Bri Buzick got 2nd place in #1 Doubles; Molly Kalkwarf and Alli Dingeman got 1st place in #2 Doubles; and Lauren Kriegel and Anna Jaarsma got 2nd place in #3 Doubles

Girls Golf placed 2nd at the Knoxville Triangular with Camille Henry as the runner up.

Boys JV Golf placed 2nd out of 7 teams. Trevor Argo was runner up.

The girls track team won 15 of 19 events to claim the team trophy. The night was highlighted by Jessica Holterhaus breaking the 25 year old school record in the Long Jump with a leap of 18 feet 1/2 inches.

The boys track team placed 5th at Norwalk against tough 4A schools.

Boys Golf won their triangular against Grinnell and Oskaloosa with Sean Rennich being meet medalist and Corey Elliott being runner up. JV Boys golf also won with Trevor Argo as meet medalist.

Girls Golf placed 3rd in their triangular in a close meet with Ottumwa and Washington. Camille Henry got runner up.

Boys tennis defeated Knoxville in a shut out 11-0