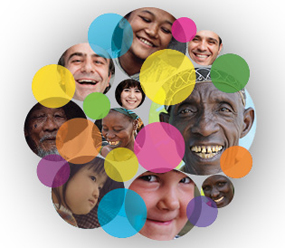 Are you happy? No, really, are you happy? It’s an old question, and pretty generic at that, but it’s important nonetheless. In fact, the American Psychological Association claims that the more stress one has, the less sleep one gets, the less happy one would be. Happiness is incredibly important, especially to be successful and productive. During the Industrial Revolution, people would work so much that there would be not enough time for decent sleep or a social life. These people would take heavy damage, physically and mentally, due to this inefficient way of life. It’s a proven fact, happy people are better workers.

The happiest country in the world, according to the 2015 World Happiness Report, is Denmark. Created in 2012, the World Happiness Report uses the Gallup World Poll, which uses surveys to determine the food access, employment, leadership performance, and well-being of over 160 countries, to determine which country is the happiest. In the report, the United States landed in thirteenth place.

To be completely honest, it’s a little ironic. The United States is supposed to be the land of opportunities, it’s a very wealthy country, yet we couldn’t even land in the top ten of happiest countries. Although it has gone up from the last two years, 17th in 2013 and 15th in 2014, between the years of 2012 and 2013 the United States took a sharp dive. In the year of 2012 the United States placed 11th, then in 2013 dropped down to 17th. What could have caused this drop, why hasn’t the United States been in the top ten ever? Maybe it’s the wage gap. The wage gap is the difference between the total income of men and the total profit of women who work the exact same job. The World Happiness Report uses the wage gap to help determine the happiness inequality in a country. The United States is 85th on that list, meaning there is a larger wage gap between genders than 84 different countries.

The wage gap isn’t the only reason the US isn’t one of the top 10 happiest country in the world. Stress is a major factor when it comes to happiness, and the United States is a pretty stressed country. In a recent survey by AtlasandBoots, the United States ranks 54th out of 74 countries tested for stress. Canada, Denmark, and even France, which experienced a large terrorist attack on November 13 last year, has less stress than the United States. Maybe that’s because France has paid vacations that can last up to a whole month. The United States is the only country with an advanced economy that doesn’t guarantee a paid vacation to every working citizen, neither are any of the corporations to offer at least one paid vacation. Many employees in the United States feel overworked, or stressed to complete their tasks in their daily lives to the point where they don’t take vacations even when offered, so they can get all of their work done. Stress based on work also causes people to sleep less, getting anywhere from 3-5 hours of the recommended 8. All of this spikes stress levels and causes happiness to plummet.

It’s not only adults who suffer from stress. Students in high school and college also experience large amounts of stress. Many students are expected to have excellent grades, be involved in after-school activities(mostly sports), eat healthy, have a good social life, and get 8 hours of sleep. With how the education system is currently set up in the United States, it is simply impossible for a student to achieve all of this. The amount of homework and standardized testing given to students has them stressed out, especially with the pressure of being a straight A student. An NYU study on student stress speculates that the stress students are under can cause mental illness problems both currently and in the future, when the students are full blown adults with a job.

Statistically, people aren’t as happy as they could be. The United States is failing when it comes to managing stress and sleep, and that’s hurting our productivity. As a student, I feel completely overwhelmed with what work I have been given. I feel pressured to look good, have a good social life, achieve in extracurriculars, have a job, a car, and get good grades. All of this seems impossible for me to achieve, especially giving that in order to function at full capacity I need to get 8 hours of sleep, which I don’t normally get. This sentiment is shared across the nation, yet not across the world. The United States needs to get its act together and think more about how to keep people healthy and productive, not just working.