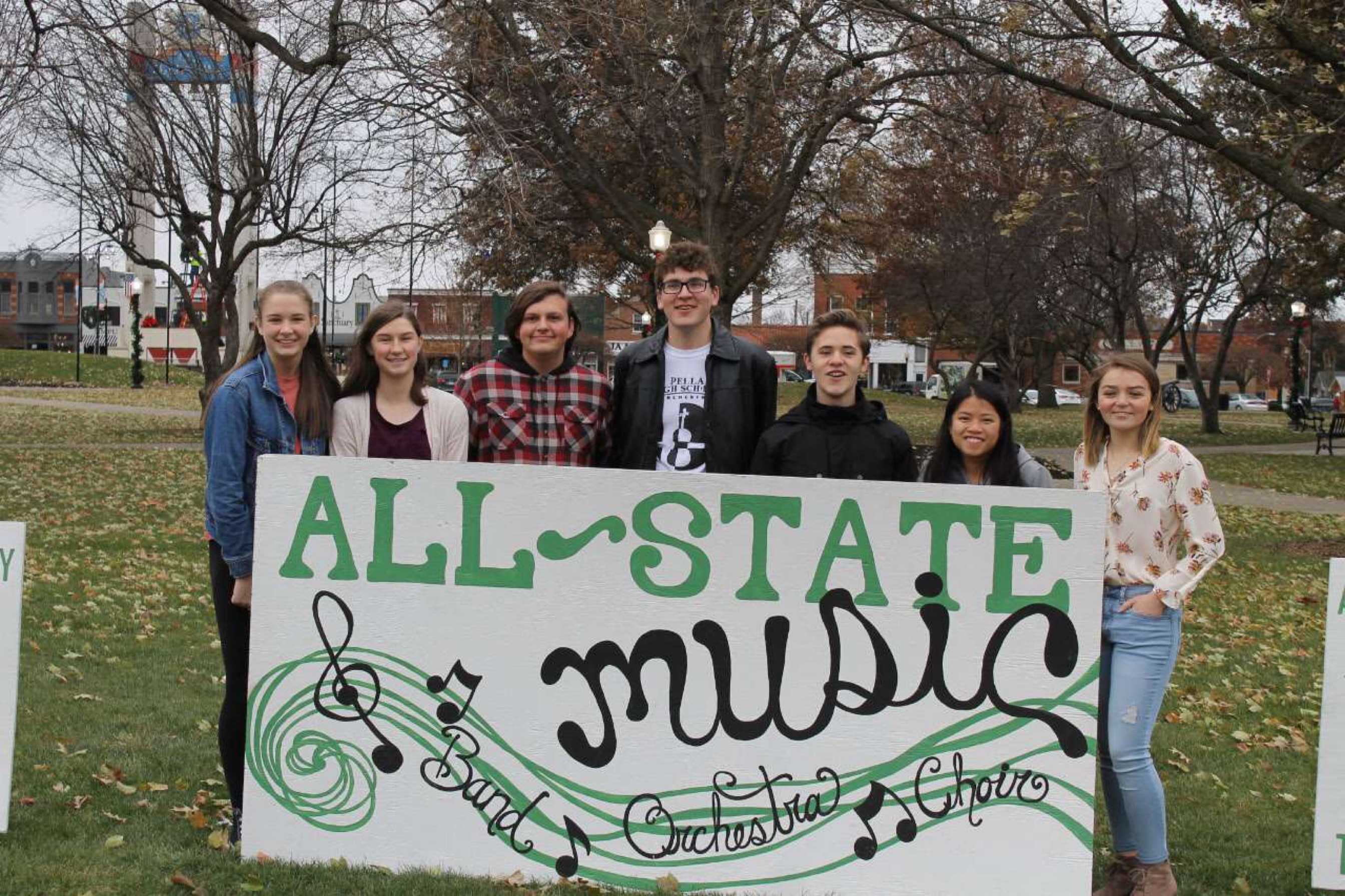 Q: What is All-State?
A: The All-State Music Festival is an event organized by the Iowa High School Music Association. People who are passionate about music may participate in performing with other skilled high school musicians during the event if they qualify by an audition process, and most of those who audition do so for band, orchestra, or choir. In Iowa, fine arts programs tend to be pretty valued, so this state-wide program can have a pretty competitive auditioning system.

Q: What made you decide to try out for All-State?
A: Music seems to just be as natural to me as breathing. While I have priorities more important than music, I take any opportunity possible to celebrate what a gift it is. It’s fun to perform with talented singers, but I simply like that All-State seemed promising for an occasion to inspire and be inspired through music’s power.

Q: What does All-State entail? Out of town practices, out of town concerts, etc?
A: The selected musicians will perform once at 7:30 on Saturday, November 23, 2019. What audience members don’t see is that the musicians attend a small “camp” to prepare for said performance. They arrive the preceding Thursday night before several rehearsals the next couple of days before the performing night. Additionally, those that participate have practiced for many hours throughout weeks before a very long auditioning day and in anticipation of the event itself. The rehearsals and subsequent performance will be at the Hilton Coliseum in Ames.

Q: What is the audition process like? Is it difficult and stressful or pretty straight-forward and simple?
A: The audition process was very stressful at certain times, in my opinion. Unlike many places, every auditioner in the state is judged in one day at one location, so it takes all day. This can be fun because it allows plenty of time to interact with others auditioning from your school, hence the choir kids brought blankets, pillows, and—my favorite part—a TV with a Nintendo Switch. We basically tried to find ways to keep the auditions off of our minds as we waited throughout the day. For me, I was pretty nervous when the fun was put aside for my audition time. Like several others, I was recalled, which, in frankness, means that the judge wasn’t sure if she liked my voice much at first, but she gave me a second chance to prove myself. This was especially stressful, as we had no forewarning of when we would audition for recalls. Because of this, we as a choir couldn’t leave to eat lunch until past what most might call dinner time. Furthermore, accepted names are dropped on posters in front of everyone in a dramatic manner—sometimes, tears drop with the posters. It was a day that required a lot of mental exertion and emotional strain.

Q: Are you happy with being chosen for All-State? Why, why not?
A: I’m thrilled to have been accepted! I had decided previously that I was going to be grateful despite my circumstances. It had been a great day, and I had become a better musician through it all. I had also had the opportunity to pray with a friend and bond with him during the experience in a way that I might not otherwise have been able to have had. I had felt at peace by the end of the day just having had every moment of it. But yeah, when I had recognized my name on the poster, I was pretty overwhelmed by ecstasy. I didn’t make it last year, so I know that it can be disappointing to anxiously prepare without having the reward of a judge accept you with an opinion. This year, I’m elated to have been accepted, knowing that it was the progress through the audition process that made me feel most successful.

Q: Is there anything beyond All-State? Do you plan on trying out for any of those groups?
A: Good question! I am still deciding between a few things for a career, but I would love to major in either music education or performance at Brigham Young University. It would be awesome to do something with their choir and orchestra programs, and maybe I’ll even try out for an a cappella group called Vocal Point (if you don’t recognize the name, look it up; they’re way cool)! I’m not sure that I can audition for anything higher than All-State during high school; we’ll have to see where my career goes. I believe that God is the greatest Orchestrator and Director, so my path should be hopeful!

Q: Did you try out for All-State in any other musical groups? Orchestra or band?
A: As far as I knew, it was not possible to audition in multiple areas, though maybe such a conclusion was erroneous. However, if I hadn’t auditioned on voice, I probably would have tried out for the orchestra with the cello.