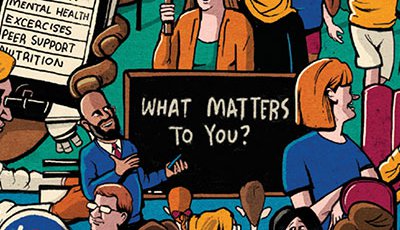 2012: The Legalization of Marijuana in Colorado and Washington

The legalization of marijuana in Colorado and Washington is significant due to the pressure it has put on the government for the reformation of the system. Marijuana usage has a highly unbalanced racial incarceration rate. Some see legalization as a step towards fixing the racial disparities in the federal court system due to this extreme imbalance. Since then, nine other states have followed suit in legalizing recreational marijuana usage, as well as fifteen states decriminalizing marijuana.

In 2012 at Sandy Hook Elementary School in Connecticut, 20 students and 6 faculty members were fatally shot. In 2019, the father of a Sandy Hook elementary student has died by suicide. The tragic legacy of Sandy Hook was not only used in the debate for gun control, it was also the beginning of an extreme reformation of safety in school systems. From lockdown drills to bomb threats, the American school system has changed extremely since Sandy Hook in attempt to create a more safe and secure environment for students. It has placed an emphasis on education and gun violence that has only increased since the Sandy Hook Massacre.

2012: The Re-Election of Barack Obama

Although Barack Obama technically became the first black president in 2008, his reelection was significant in 2012 as it represented a step towards racial equality as an African American held the highest office within our country. Obama’s presidency is well-known for the Affordable Care Act as well as Deferred Action for Childhood Arrivals; which, regardless of political beliefs, were major changes in the country.

In 2015 during the annual Boston Marathon, two bombs were detonated near the end of the race causing five deaths and 264 known injuries, ranging from scrapes and bruises to lost limbs. The reasoning given by the perpetrators was retaliation for the US Military action in Afghanistan and Iraq. The Boston Marathon Bombing provided important information about the effectiveness of emergency personnel in unexpected situations as well as starting debates about security.

In 2013, a new movement emerged entitled “Black Lives Matter.” It quickly gained popularity after the murder of Trayvon Martin. With the primary goal of preventing violence against the African American community, the Black Lives Matter movement is credited with changing the way Americans fight systematic violence, mainly focusing on police brutality and using social media to publicize violence against African Americans.

The 2014 UN Climate Summit is influential to the 2010s, particularly on the environment. From “Earth” by Lil Dicky to saving the turtles, not only has environmentalism taken the media by storm. This is the legacy of the 2014 UN Climate Summit, showing the world just how short of a time we have before we reach the point-of-no-return. The UN Climate Summit made necessary changes to the way we live and has caused an upsurge of action being taken against climate change in the United States as well as around the world.

2015: The Legalization of Same Sex Marriage

On June 26, 2015, Same-sex marriage was legalized by the Federal Government. Although the LGBTQ+ community has been prevalent for years, this was a major step towards LGBTQ+ acceptance within the United States as the legalization of same-sex marriage greatly increases adoption rates among same-sex couples as well as proper medical care when travelling out of your state’s legislation.

2016: The Presidency of Donald Trump

Although #MeToo was originally created in 2006 by activist Tana Burke, the movement evolved and truly flourished in this decade. With the primary goal of creating a community of survivors everywhere, Me Too has been credited with exposing many major controversies in Hollywood, such as Harvey Weinstein. It credited with empowering survivors and destigmatizing being the victum of sexual assault.

On January 4th of 2019, the @world_record_egg posted their first photo on Instagram and quickly went viral with a single goal: beating Kylie Jenner for the most-liked photo. After a week the goal was achieved, and although seemingly unsubstantial, it shows the power of the internet community and the possibility of coming together for a single goal.