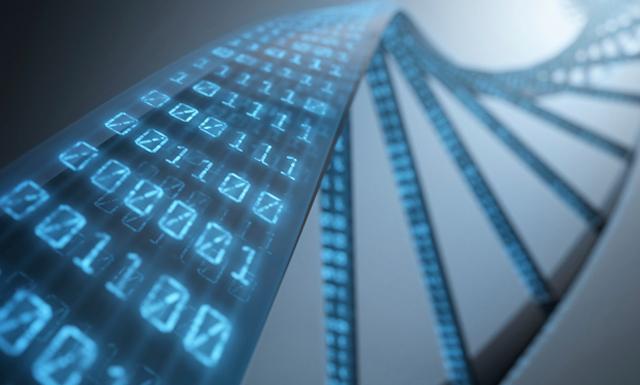 Science has made many bounds in the past few decades, and the rate of inventions has only been increasing. Something that scientists in China and Sweden have recently been allowed to research more is gene editing. This is basically scientists looking at the genomes of an embryo’s DNA and changing what is there. This is being researched in the hope of curing genetic diseases. Currently, we are a ways away from actually being able to properly edit a gene without repercussions, but with how fast science has been moving, it is estimated to take no more than half a century. Now, before we go any further, let’s get one thing straight. What I’m supporting here is not eugenics. Eugenics is the movement where scientists tried to control breeding and the physical traits of unborn children. What I’m supporting is gene editing to reduce, if not eradicate, genetic diseases.

As previously stated, most research for gene editing is in Sweden or China, and there have only been animal trials. There is a bit in Britain, yet there is very little in the United States. At the moment, there isn’t any government funded company in the U.S. allowed to research genome editing. There has, however, that’s not to say that there hasn’t been talk about conducting genome editing research in the United States. Among those who allow research into this field have been the Center for Genetics and Society. These debates are usually filled with many moral and ethical concerns. If the United States government were to fund genome editing research, there would have to be strict rules. Any human trials would require FDA approval and regulation, and the process would have to be for life-threatening or debilitating diseases only. No one would not be allowed to change the genetic makeup of their child for any cosmetic reason.
Genome editing is already opening up doors for more advanced medicine. It’s currently helping the research that goes into growing organs for transplants, which is definitely something that would save many lives. It’s also closely related to stem cell therapies. Stem cell therapy is when stem cells are used to treat or prevent a disease, mostly it’s used with bone marrow. With this technology, we could cure many illnesses, such as sickle cell disease and even possibly cancer. We could also cure many other genetic diseases. For one, we could cure Lynch disease, which is a dominant genetic disease that basically guarantees that the victim will contract colon cancer. We could also cure some not-so-life-threatening diseases, such as down syndrome. This is where things get a bit tricky.

Although not necessarily life threatening, some genetic diseases do impair one’s way of life. Because of this, there are many different issues. Women over 35 are not encouraged to have children because of the increased risk of a genetic abnormality. Many women of lower classes chose to either have an abortion or put the child up for adoption when they realize that their child would have a genetic disease. This is because having a child with a disability costs so much more money and time than a child without a disability. Women of the lower class can’t support such a child. Were we to employ genome editing, women with the resources to take care of a child without a genetic disease would be allowed to do so. Women would then have a smaller risk of having a child with a genetic disease.

An ethical argument against genome editing is the stance that taking away their disease would change who the child is. My response to that is that genetic diseases do not define who the person is. Of course, a good parent would love their child whether or not they have a disability, but would you not want your child to have the same chances, the same abilities as all the other kids? If anything, wanting to protect your child from a debilitating genetic disease should be seen as a sign of love, not denial. To add on to that, the child is in its very first stages of development at that point. It hasn’t developed fingers yet, much yet a personality.

Let’s not get caught up in a slippery slope here. Just because the child was genetically changed as to relieve them of the genetic disease does not mean that they will go off and artificially change things about themselves. Kids are self-conscious no matter what you do. At least try and help them. However, do not disillusion yourself that a genetic disease does not negatively affect children, or even adults. Those who have genetic diseases are quite strong, but if we have the tools to stop their disease before it happens, why shouldn’t we? Why should we force them to live a life where they have everything working against them, even their own bodies/minds? Those things will always affect you. You don’t have a choice in that matter. The only choice right now is how you respond to that. Gene editing would add another choice, the choice to not have the disease in the first place.

Gene editing is not something that has any intention of being used lightly. Several different scientific associations, such as the National Academies panel and the Center for Genetics and Society are advocating for strict rules if and when gene editing becomes a viable option for parents. There are many different ideas proposed for keeping it under check. Gene editing will be strictly for healing, not enhancing traits or changing things like hair or eye color. The research being put into this is purely for medical reasons, not cosmetic. I also believe that the parents should have a say in whether or not their child undergoes this process. Ultimately, it’s up to the values of the parents. Overall, it’s just the issue of an individual’s morals. The only thing I’m advocating for is the scientific advancement and the ability to save lives.